Annapolis has been so good to me this Summer.  More importantly than that, Naptown has been good to so many of us.  For me, this will go down as the Summer of Annapolis. But I don’t want Summer to end.  I don’t want my sentimental experiences and discoveries in Annapolis to end.  I won’t allow it.  I hope in the coming months, I will have uncovered plenty of other amazing finds in our state capital.

The amount of driving and walking, in the area, I’ve done recently has skyrocketed.  I’m drawn to this town.  We’re like magnets to each other.  One part that is still foreign to me is the Village of West Annapolis.  More times than not I would pass through and never stop. Why wouldn’t I stop? There’s no rush.  And speaking of rush…Ah I’m corny.  But one day recently I decided to park and take a leisurely stroll around the neighborhood. It’s a happy town within a happy town.  It’s another universe.

After a few minutes walking around this heavenly setting, I knew a cafe of some sort had to be around.  No I did not do any research ahead of time.  I wanted to go in without any knowledge of  what was around.  Playing lost tourist is a preference.

Bean Rush Cafe had my heart from the get go.  It’s somewhere I’d frequent regularly if I lived in the area.   And seriously, I would be here everyday.  It had the most welcoming signage, pictures, and outdoor setting I can remember.  I’vet yet to even walk in or even talk about a tea, and I’m raving about it.  Yes tea was purchased. 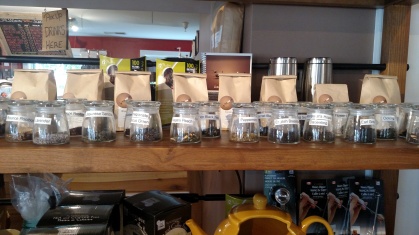 There’s a lot going on inside.  They sell tea, tea instruments, loose tea, and of course coffee.  I did order a coffee to go but that’s for another blog, if ever.

The staff was incredibly friendly to the point it was scary.   There’s an abundance of great people in the world, but this was on another level.  Their story explains so much.

I wanted a chilled tea since the weather called for it, so they suggested their Peach Green Tea, that is their most popular.  So I decided to follow the crowd, and I’m glad I did.

The floral arrangements hit my nose immediately.  This wasn’t as sweet to me as the team member said it would be.  And I’m good with that.  A little sweetness goes a long way. As time went on the sweetness began to permeate.  The cup had time to settle and open up, and it got better by the minute.  This was fantastic to say the least. 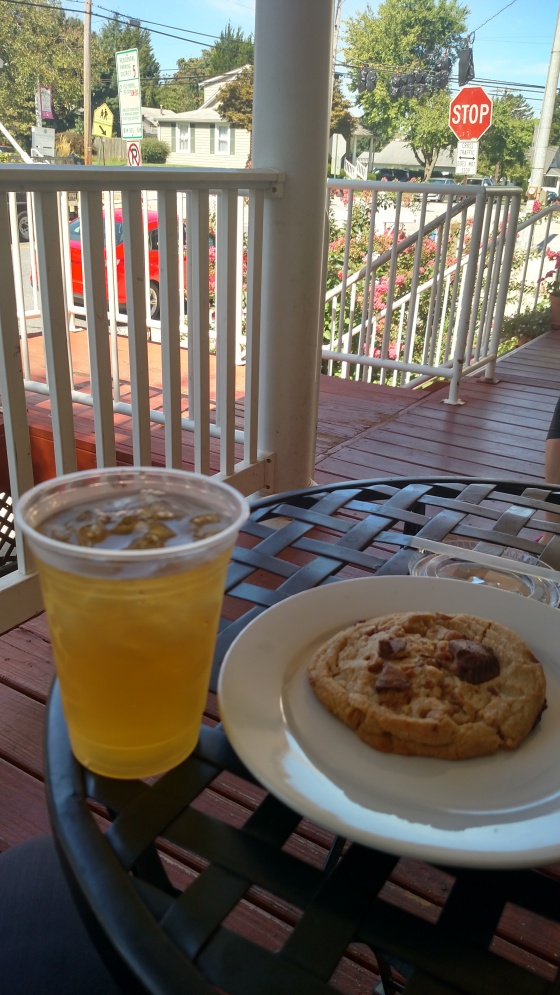 I was able to snag a chair outside, and the views made my tea that much better. Great ambiance is always important, but this was out-of-this-world.  And as I mentioned earlier this was another world.  I knew i was in Annapolis, but I felt insulated and I felt safe. 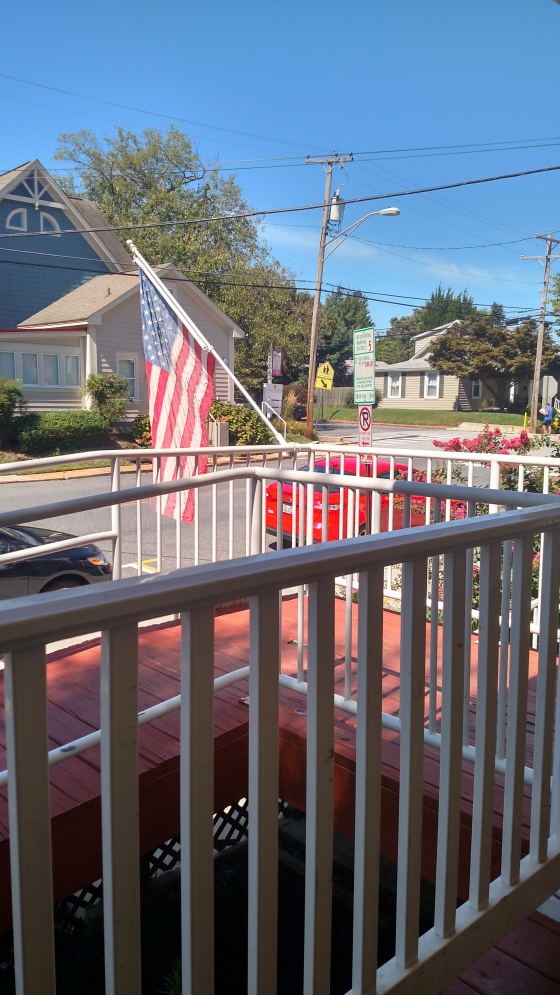 A multitude of pictures were taken but after that, the cameras were off and I stayed here for a while.  And when I mean a while, I mean at least an hour.   This an experience to be savored.  In so many ways, I felt it was too good for me to even write about.  But this needed to be shared.

If you get a chance, definitely swing by.  I don’t know if what I’m saying does this place justice.   I will be back and I’m hoping that return is soon.

You may notice I had a sweet treat to go with my tea.  Recognize the chocolate pieces?  This is a tribute to the Olympics that have since concluded, and one of the great commercials of all time.

Here’s their Annapolis menu, their contact information, and yes they have a mobile cafe! That’s so cool!  And they also have a location in nearby Crownsville.

My previous Annapolis based posts can be found here.

What else can I say?  It feels great, it feels inspiring, it feels like home.    I love being home.

10 thoughts on “I Love Naptown”